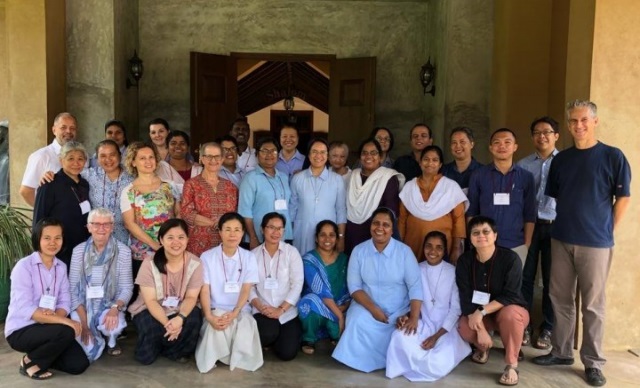 Towards greater collaboration and mission effectiveness

This first Good Shepherd International Foundation (GSIF) Regional meeting brought together Asia Pacific Partners in Mission to learn more about the work of GSIF, and GSIF had the opportunity to introduce its work to the Units of Asia Pacific for greater collaboration and mission effectiveness.

Presence of GSIF Staff and Board members

Along with Cristina Duranti, Director and Marco Casavecchia from GSIF Office in Rome, two Board members attended, Patricia Marshall and Hubert Janssen. Marco also led a morning on Safeguarding and Child Protection which was well received.

There was an enthusiastic response from participants, who left the meeting re-energized and appreciating a strong sense of collaboration and connection regarding the role of GSIF in Asia Pacific.

Congratulations to Cristina and all at Good Shepherd International Foundation!