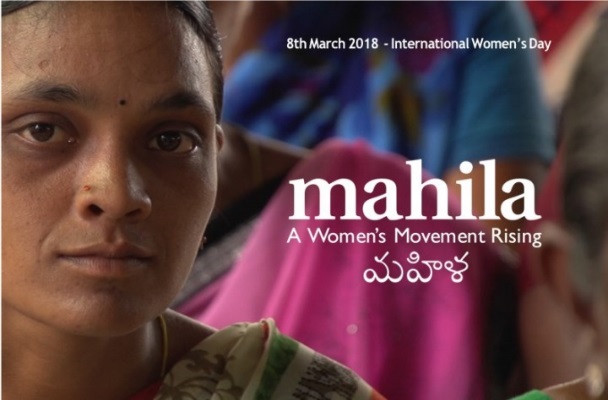 Greetings from the Mission Development Office.

I would like to share with you a film that was recently produced by the Good Shepherd International Foundation (GSIF) entitled 'Mahila - A Women's Movement Rising' which features three Dalit women from an Economic Justice Project of Good Shepherd Central East India. I have personally met all the women featured in Mahila and I find the film very inspirational.

The film is available at this link - http://www.mahilafilm.com

The Congregational Leadership Team (CLT) is encouraging all Good Shepherd sites to view Mahila ​during International Women's Day this year; a worldwide launch and effort to be in solidarity with all women who are experiencing marginalisation, exploitation and exclusion from mainstream society.  Towards this purpose, a study / reflection guide and an invitation letter from the CLT is attached.

GSIF will use this film to advocate for the rights of women during UN events and other significant platforms, similar to a previous production 'Life Outside the Mines' ​which featured a Good Shepherd program in the Democratic Republic of Congo.

The Story of Bisto Bai

Click below for the story of Bisto Bai, one beneficiary of the Economic Justice Project in Good Shepherd Central East India. In January 2019 it was announced that Bisto Bai had won the 2019 Women Stop Hunger Award.

Please feel free to share Mahila ​with all mission partners and to organise small or larger gatherings with sisters, staff, friends, volunteers, family members, other NGOs etc to view Mahila.  ​You are also free to post Mahila on your FBs with comments, reflections, etc.  Do take pictures of the viewing and share your comments with Sara Braga, GSIF Communications Officer:  comm.gsif@gssweb.org

Let us rise with the Dalit women of India​!